Oxytocin: The Hormone of Love Oxytocin is a neurohormone with many functions.

It’s responsible for initiating childbirth, and research has shown that Oxytocin plays a key role in maternal behavior and bonding between mother and child in non-human mammals.

Oxytocin is called “the Hormone of Love” because it’s also released during sex in humans. It’s theorized that oxytocin may help us form social bonds, and it may also make social interactions more rewarding and enjoyable.

Through these results, it can be theorized that Oxytocin can help improve sex, sociability, and mood.

Note: The FDA has not yet approved oxytocin for treating these disorders.

Oxytocin is naturally released from the brain in men and women to help regulate anxiety, stress-coping, and various social behaviors. As a result, Oxytocin has been used off-label to treat anxiety, depression, drug addiction, pain, and autism. Oxytocin can also be prescribed oﬀ-label to increase sociability, maternal behavior, and to increase sexual drive and function.

Oxytocin for hypoactive sexual desire disorder treatments usually involve a sublingual medication placed under the tongue, or an intranasal spray.

Neuropeptides like Oxytocin affect the central nervous system (CNS), and can affect processes related to opiate, ethanol, and cocaine addiction.

Oxytocin is created in the brain and released in both the posterior pituitary and the CNS. Oxytocin within the CNS has been shown to prevent the development of morphine and ethanol tolerance. In a study on mice, it was also shown to reduce the symptoms of morphine withdrawal.

When it comes to Oxytocin and addiction, oxytocin shows promise as a treatment but is not currently approved for use in this way.

A search of both PubMed and Cochrane Review databases was performed to identify available literature resources.

Estimates for the incidence of HSDD, a subset of FSD, vary from one in 102 to one in 103 women. One of the agents being evaluated as a potential therapy is oxytocin.

Oxytocin is a small peptide (~1007 Da) which is mostly produced by the oxytocinergic neurons of the periventricular nucleus of the hypothalamus. A portion of these neurons extend into the posterior pituitary where oxytocin is stored until released peripherally into the bloodstream as a hormone.

Other oxytocinergic neurons extend to the amygdala, nucleus accumbens, hypothalamus, and hippocampus4,5 where the release of oxytocin acts centrally as a neurotransmitter. The central eﬀects include increased trust and social interactions and reduced anxiety while having a low adverse events profile.4,6

In a study of couples, pulses of oxytocin were released when remembering instances of “love.”5 In animal studies, centrally administered oxytocin has been shown to initiate proreceptive behavior.4

However, there is some disagreement whether these increased levels are the cause of or the result of orgasm.8 Desire is a function of both emotional and neurological inputs and is considered the first phase in the sexual response cycle.3

According to the dual control model, neurological control is accomplished through a balance between inhibitory and excitatory neurological processes4, and too much inhibition or inadequate excitation can result in a state of hypoactive desire. When released centrally, Oxytocin is an excitatory neuropeptide.4

Central acting agents are needed because some sexual disorders are psychogenic in origin and are not a result of a diminished ability to achieve or maintain physical sexual arousal. The concept of using centrally acting agents for the treatment of low sexual desire has been proven by the action of bremelanotide; however, adverse events prevented this agent from becoming commercially available.4

The idea of sexual desire begins in the mind with the excitement/arousal phase.2 Surveys have identified several factors important to women such as good mental health, good well-being, and positive relational feelings and expectations.2 In an analysis of women with sexual dysfunction, 64% experienced diﬃculties with desire, 31% with arousal, and 35% with orgasm.9

Although there are no human trials directly evaluating the use of oxytocin for treatment of HSDD, there are studies that indicate oxytocin strengthens characteristics such as pair bonding and perception of trustworthiness and attractiveness and therefore prosocial and aﬃliate behaviors.10,11,12

In a summary of human studies, the daily administration of 40 IU oxytocin intranasal have resulted in few adverse eﬀects.10 In one study including three females, 160 and 320 IU daily (given in divided doses) were administered for a period of 7 days. The study reported “minimal” side eﬀects at this dosing regimen.13 A limitation of the studies are that all used a small study population.

Common uses for oxytocin include treatment of FSD and lack of desire. The use of 25-50 IU oxytocin troches once daily is suggested to increase desire. Also, an additional 25 IUs assisting with arousal 20-30 minutes prior to coitus is recommended.

The use of oxytocin nasal spray 100 IU/mL is also recommended. Directions are one spray into each nostril once or twice daily as directed by physician.

The oral disintegrating tablet (ODT) should be dissolved in the buccal cavity (cheek area, in the pouch between the inside cheek and gum). The ODT should not be chewed or swallowed. The nasal spray should be instilled into one nostril and held in the nostril passages by pinching the nostrils together. Patient can tilt head back to keep liquid in the nasal passages for at least 5-10 seconds.

These products should not be used by women currently receiving therapy for lactation, during pregnancy, and those taking oral contraceptives. Dosing is recommended at bedtime due to the potential for orthostatic hypotension. Side eﬀects may include lightheadedness, vertigo, drowsiness, dry throat/mouth, abdominal pain, anxiousness, euphoria, calmness, and headache.6 No adverse events were reported in the short-term use of up to 40 IU.6

Some studies suggest (although weak), that using a low dose estrogen may potentiate the eﬀects of oxytocin by increasing aﬃnity to receptors. However, women who currently have adequate estrogen production or are currently taking hormone replacement therapy will not need additional estrogen therapy. There is no information regarding light sensitivity.

Oxytocin troches and nasal sprays should be kept refrigerated. Learn More About Sexual Health: Not Just A Men’s Issue 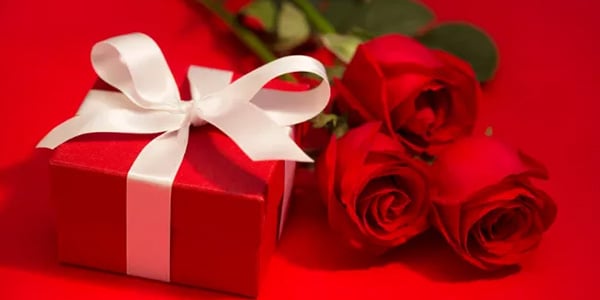 10 Products to Spice Up the Romance

Looking to spend a little extra quality time with your significant other? Check out these products to help support libido, improve intimacy, and more.

Learn More About 10 Products to Spice Up the Romance PT-141 or bremelanotide is a peptide used to treat sexual dysfunction and improve sexual performance in patients.